Shana’s Story— Learning to Process Emotions After the Ultimate Loss 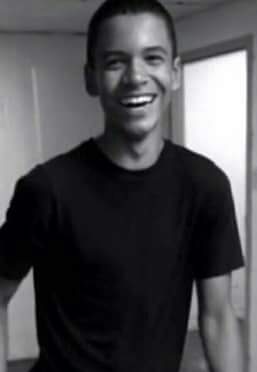 Shana lost her son, Owen, to suicide two weeks after his fifteenth birthday.

Owen was extremely funny, bright, kind-hearted, genuine, and likable. He was active and social, often a source of comfort and support for his friends and family. He was known for his dancing, joke telling on the bus to school, and general laid back nature. Owen was sensitive to the feelings of others. His classmates shared that when they were upset or crying, Owen would reach out, hug them, and say, “you needed this.” As Shana thinks about her son she says, “there aren’t enough words to describe Owen as a person.”

When Owen was seven years old, his father died by suicide. At first, Shana did not share the details of his father’s death, but as Owen got older he started asking more questions. When Shana shared how his father died, Owen started to grieve the loss all over again.

With growing concern for him, Shana asked if he was interested in seeking professional help. Owen was hesitant at first, but finally accepted help a few weeks later. Owen opened up to Shana and discussed symptoms he feared may cause people to look at him differently. “He had started hearing things,” she remembers. “This worried both of us, but I wanted therapy to be his decision.” With Owen finally on board, they found a therapist he really liked and even enjoyed going to see.

A year later into the therapeutic relationship, Shana noticed something change, but she didn’t think it was a major issue. Owen was becoming a little more rebellious, showing anger and frustration with his day to day activities. In talking with the therapist, they weren’t sure if the change was just normal teenage behavior or if something else was causing Owen pain. “It’s hard to say, because there are so many unanswered questions. He was pretty well liked, he didn’t seem to be going through any bullying or other issues.” Before Shana could ask more questions or look for different treatment, Owen took his life.

Shana barely remembers anything after January 27, 2016—the day Owen died. “I’ve had to adapt to his absence and didn’t always do it well,” she recalls. “I drank, but realized alcohol wasn’t helping anything.” She moved from Pennsylvania back to New York where she grew up and still had family.

Slowly, Shana noticed a shift in herself. She paid attention to her feelings and made space for them. “If I was angry, I told my family I was okay, but not in the mood to talk,” Shana remembers. “If I felt like crying, I cried. It took me losing Owen to realize I couldn’t bottle up all of my feelings.” Shana decided to be more active and go back to work. “I would tell myself, ‘Today I crawl. Tomorrow I might stand. The next day I could walk.’” She spent the better part of a year taking the necessary steps to feel functional again.

A message for families

Shana shares Owen’s story because she wants to humanize mental illness. Shana also wants to help families feel comfortable seeking help. She is particularly interested in raising awareness in Black and Latino communities. Recently, Shana wrote about Owen on one of her social media pages. She received a private message from an African-American woman whose son died by suicide 30 years ago. The woman said it took seeing Shana’s post to finally open up about the loss of her own son.

Shana encourages families to do the best they can to find education, listen to the needs of their loved ones, and take care of themselves. “The most important advice I can give to families and caregivers is that you need a support system,” Shana says.  “Sometimes you’re going to get tired. If you’re not taking care of yourself, it’s going to lead to exhaustion.”

Shana talks about Owen, which helps her and those around her to continue to process his death. “My two younger nieces were just 3 and 4-years-old when he passed,” Shana says. “When they say they miss him, I admit that I miss him too. I don’t shy away from the grief. And we are okay with that.” She has also embraced a new sense of spirituality. “When I feel Owen near—his energy nearby—I just speak to it. When I speak to him, it helps me to feel better.”