My Parents Ended Their Lives: Learning from Our Story During National Suicide Prevention Month 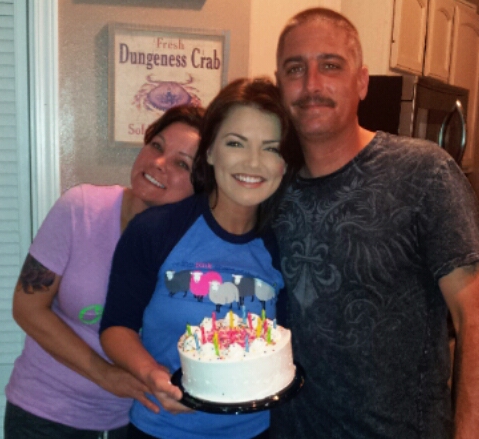 My parents were two of the people I least expected to ever end their own lives. They always seemed so happy, so full of life. They were selfless and dedicated to helping others. They laughed a lot, enjoying every minute with friends and family. As parents, they stayed involved in my and my brother’s lives and our extracurricular activities. But a series of circumstances changed the trajectory of their lives.

My father was served in the Navy for 26 years. We moved around a lot, like most military families, but returned to the States after September 11th. After that tragic day, my dad deployed multiple times. There was a span of years when we barely saw him. My parents were living in Mississippi in 2005 when Hurricane Katrina hit. Their house was severely damaged and they had to take out several mortgages just to rebuild. That’s when I noticed that they started drinking more.

After his employer fired him for getting a DUI, Dad seemed to believe that he had nothing to do but stay at home and drink. By this time, I was living in another state and following my own military career. When I went to Mississippi for a visit in February 2018, I was shocked to see that my father had lost about 70 pounds and was extremely jaundiced. He was in acute liver failure and, according to the ER doctor, was about 4 months away from dying. Dad refused to stop drinking or go to rehab. It was the last time I would see him alive. On June 9, 2018, he died from alcohol-related organ failure.

Mom didn’t have much time to grieve. Because of financial decisions they had made years prior, she wasn’t receiving Dad’s retirement money, the house was close to foreclosure, and she was going to lose their Jeep. On top of all of that, her health was declining. Mom seemed ok with letting the house go; we even discussed her moving out to California, where I was stationed.

On October 2, 2018, she went to the hospital saying that she felt like she was going to die. Although she had alcohol in her system, she was released that night. The next day, she told the neighbors that my brother was going to hurt her. Her neighbors called the police, who came to the house. Despite my mother’s best efforts to get him removed, the police determined that my brother wasn’t a threat. As they were leaving, my mother tried to give one officer an envelope full of important documents, saying “You’re going to need these.” She also tried to get him to take her bulldogs. The police left without intervening further. When Mom and I spoke on the phone later that day, she sounded good—not mentioning what had occurred in the previous 48 hours. I was in the midst of fertility treatments. Mom seemed so excited to finally be a grandmother. Minutes after we got off the phone, she went outside to the back patio of her house and took her life.

Losing both my parents within months of each other, and in such a terrible way, shattered my world. I have been in regular therapy since then and am leaning heavily on my faith and support system to get me through. My wife and I are parents to a precious boy who, sadly, will never know his grandparents.

I am living proof that suicide affects everyone involved. Though my parents are no longer suffering from their pain, it still lingers on in those of us they left behind. I hope their story can help shed some light on how life circumstances can deeply impact people’s mental health and ability to cope and we can’t take it for granted that people will seek help when they need it.

This National Suicide Prevention Month, I urge you to:

Morgan is dedicated to breaking the stigma that surrounds mental health. She will share the good memories of what her parents meant to her with her son, Theodoros