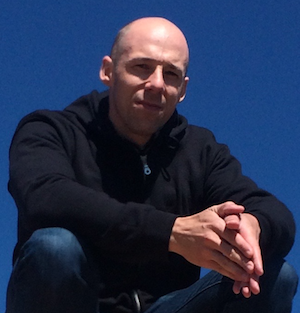 When I was diagnosed with Bipolar II disorder in 2001, things in my life became clearer, such as how the prior year in college I managed to survive on approximately three hours of sleep per night for weeks on end. At the time, I didn’t think of the possibility that my sleeping issue was actually rooted in my mental health. Along with inconsistent sleep patterns, I frequently experienced irritability and severe depression. I was depressed for years before this, but it had never been accompanied by other concerning symptoms. During this time, I spent hours of my day thinking about killing myself. I began to wonder: Am I losing my mind?

This maelstrom of mental activity in my brain culminated in a suicide attempt right before the end of college. A few weeks earlier, my first serious girlfriend broke up with me. I learned then that I do not do well with dramatic changes.

After graduating, I went home to live with my parents to get my life straightened out. I received my diagnosis, but it took me years to promote my wellness. Just because I made an initial attempt at help didn’t mean I was ready to get better. The process of finding the right medications that assisted my mental healing dragged on for over a year. I spent weeks on one medication or another until I found some that soothed my sorry state. But even with a proper prescription, there were more trials to come.

Even upon reaching my lowest point, I had to muster the desire to put in the work to get better. It wasn’t until a series of events in 2011—a break-up with a girlfriend, a suicide attempt, and two hospitalizations—that things started to change. This took ten years of struggle, exploration of new environments, different jobs, and failed relationships. It was also a time of occasional joy and happiness, travel, and an appreciation for new cities and friends. But after the tumultuous year of 2011, I finally felt the emergence of change. 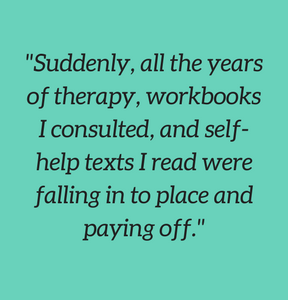 I walked many paths on my journey to wellness. The lessons I learned through Cognitive Behavioral Therapy (known to many as CBT) were beneficial. By practicing CBT techniques, I recognized when my feelings were affecting me in a negative manner. I could then work through the thought process I was undergoing and confront those feelings and whether they were accurate. Suddenly, all the years of therapy, workbooks I consulted, and self-help texts I read were falling in to place and paying off.

I learned to talk about my mental health symptoms, just as a person with a physical health diagnosis like diabetes would let someone know if they were having trouble with their blood sugar. Now I speak up when I go through tough times. On occasion, it’s enough just to write my thoughts in my journal. I still see a therapist and talk about my depression with him. I also tell my partner or other friends when I’m not feeling well. This support circle reminds me of the tools I’ve used before to help me through difficult mental experiences.

Another thing that has helped greatly is exercise. I have worked out over the years, but in my path toward wellness I started taking it seriously. I set up routines, made sure to hit the gym religiously, and started to watch what I was eating. I learned that much of my stress, anxiety, and depression was cleared up by getting on the spin bike and picking up some iron. I’m not interested in becoming a bodybuilder or losing a ton of weight; the importance of exercise is almost entirely the benefits it provides for my mental fitness. The physical health aspects are an added bonus.

The most important thing I’ve done as of late to promote my wellness is to set goals and work toward achieving them. As the writer Charles Bukowski once wrote, “Your life is your life. Don’t let it be clubbed into dank submission. Be on the watch. There are ways out.” Recently I’ve had opportunities arise that allow me to spend more time on my writing and get some of it published. I also have occasions for public speaking—two things I enjoy a great deal. It’s scary to take a chance without knowing where it might lead, but I saw the way out of the “dank submission” of my unhappiness. It’s too important to discover what might help me live to my full potential to not do anything about it.

The time it took to go from my diagnosis to finally turning my life around wasn’t quick. I wish it occurred sooner. I’m happy I spent that time, though, building the foundation for my eventual wellness. While I didn’t realize it over the years, I gave myself a great opportunity through positive physical habits such as eating well, getting enough sleep, and going to the gym (even if I didn’t always feel like it). When the time was right, I utilized the skills I learned in therapy to keep my mental health sharp. This has given me the ability to take advantage of setting personal goals and trying to meet them.

It’s a difficult road and hasn’t always been easy. However, the ability to keep pushing through when things seem dark has been a great asset in my journey to wellness.

Kurt Morris is a volunteer with Families for Depression Awareness. To learn about Kurt and read more of his offerings, check out his website http://www.kurtmorris.net/.

If you would like to submit your personal or family story, please fill out this form.