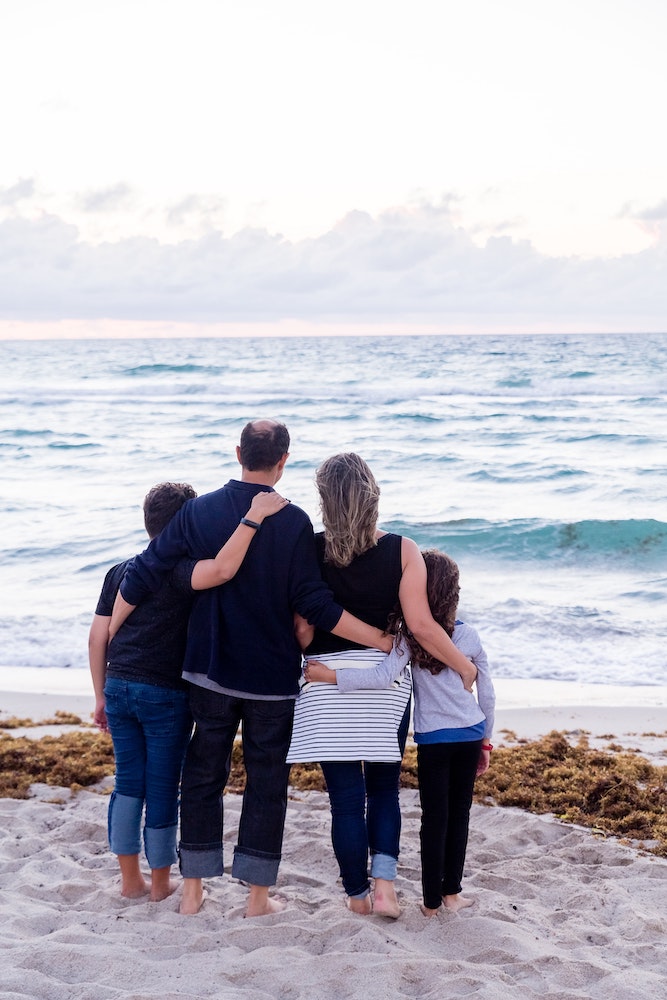 Growing up in a very traditional culture with strict standards of behavior can be challenging enough without adding bipolar disorder to the mix. Richard and his brother Adam learned early on what was expected of them in their male-dominated world. These expectations conflicted with Richard’s emotional sensitivity and the sadness he felt as a child and teenager. 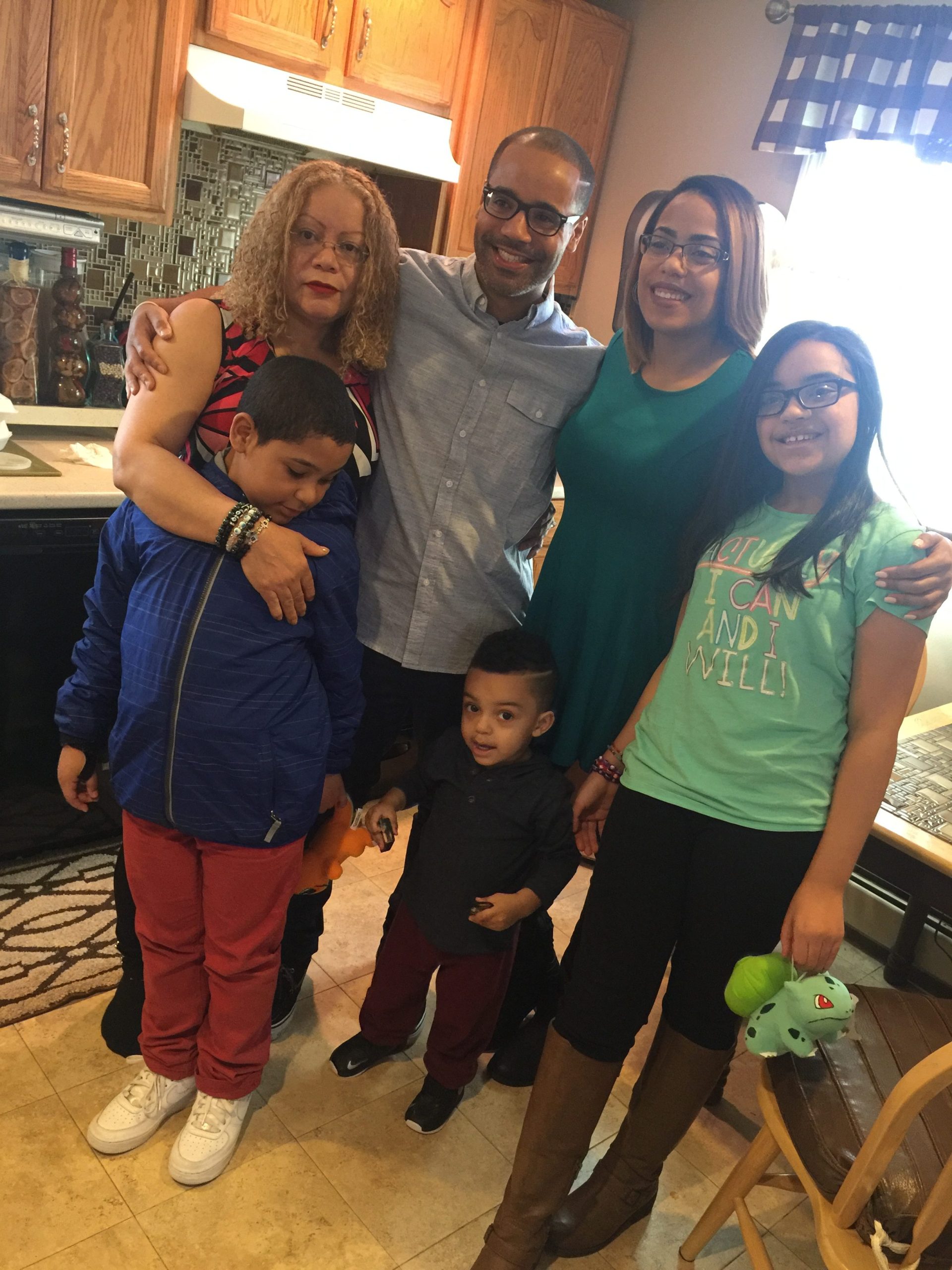 Richard and his family

From Richard’s perspective, growing up was lonely and painful. He often experienced his feelings too strongly, cried too often, and didn’t fit in with his peers. When he was fifteen, severely depressed and suicidal, it dawned on him that something was wrong. His doctor told him “it was normal, everyone cries.” It wasn’t until age seventeen after a suicide attempt that he told his mother what was going on and she supported him in getting the help he needed.

Despite the stigma within their community and lack of understanding about mood disorders, Richard’s mother admitted him to the hospital so he could be correctly diagnosed and get treatment. This was his turning point.

Richard has used medication to stabilize his moods and uses many helpful coping skills daily to stay focused on his goals, dreams, and moving forward in life. Richard’s diagnosis does not interfere with him living a productive, healthy, and happy life.

Richard’s life has continued to improve, as he uses journaling, music, movies, meditation, and prayer to self-soothe. He is an accomplished writer and helps other people living with bipolar disorder through support groups. He is also currently pursuing higher education in Human Services. Richard stays positive no matter what, and this commitment to his wellbeing makes all the difference to his life and those who love and support him.

For Adam, a year younger than his brother, watching his older brother suffer during young adulthood was difficult. It was confusing because, before diagnosis and treatment, Adam didn’t know what was going on with Richard. Adam knew Richard was sad and his weight fluctuated greatly, but beyond that, Adam had no idea what to do or how to help.

Adam is a strong male figure who enjoys sports and hands-on, outdoor activities, unlike his creative brother. It was hard for him to fully understand what Richard was going through or how to relate to him. Richard and Adam are two very different people yet closely entwined as brothers with love, commitment, and support bonding them together. 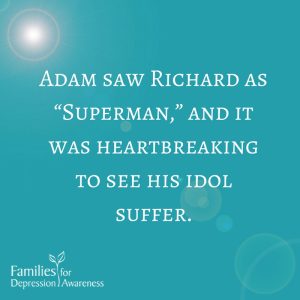 Adam felt dislocated when his older brother, the one to whom he could always turn, was now the one needing help. Adam saw Richard as “Superman,” and it was heartbreaking to see his idol suffer. This role reversal made things more difficult until Richard was correctly diagnosed and started treatment.

Initially, Adam tried to encourage Richard to get out and be social when in fact that was the opposite of what Richard wanted or needed. Adam lacked understanding of how to help and support a loved one who was isolating due to depression.

Always loving and supportive of his brother, it wasn’t until their mother educated Adam about bipolar disorder and how to help support his family that he felt more comfortable being there for Richard.

Adam helps Richard by loving him, accepting him, and supporting his life decisions. He learned early on that it was not helpful to pester Richard about medications or check in too often to see how he was doing. Letting Richard bring up the discussion and listening are more natural ways to support.

Watching his brother go through such a difficult period has helped open Adam’s mind and expand his awareness of how stigma and misunderstanding in their culture can delay discovery and treatment of bipolar disorder and other mental health issues.

His experience further cements the idea how essential it is for a family to talk through things, get help, and take action before losing a loved one to suicide.

Richard and Adam’s family is close and extremely supportive despite the cultural challenges that exist in their community. They have opened their minds and their hearts to learn a lot that they hope will benefit others around them.

The stigma and rejection of mood disorders within a community are often about fear and misunderstanding. With proper education and understanding, compassion can be cultivated. Cognizant of this, Richard is proud to speak out on behalf of others living with bipolar disorder in communities where acceptance has yet to spread.

Families for Depression Awareness works to inform, educate, and promote understanding and compassion to communities and cultures where there is limited information or resources.