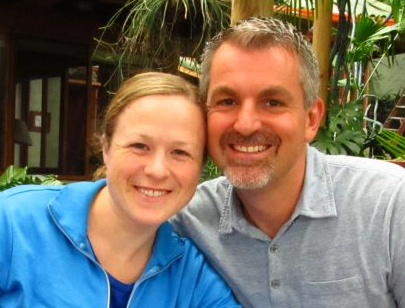 A rough start in life

Growing up, Chris saw substance abuse and mood disorders on both sides of his family. “I remember my mother and father fighting a lot when we were kids,” Chris says. Both he and his little brother were smart, but the instability of their parents’ relationship and their mother’s subsequent remarriage took a toll on them. “We had been accepted to a private boarding school in Philadelphia and took a family trip to visit the campus,” Chris recalls. While there, Chris’ mother informed them that the trip was one-way. “My mother and stepfather left. To this day, my mother would say that I knew what was happening, but I didn’t.” This abandonment continues to be one of the most painful experiences of Chris’ life. At boarding school, Chris began fighting, stealing, drinking, and doing drugs. He was asked to leave in the 10th grade and his brother was expelled the following year.

Chris managed to graduate from his hometown high school but by then his drinking was out of control. It wasn’t until he was arrested for his second DUI, at the age of 21, that he decided to get sober. By this time, his mother and stepfather had split and his stepfather offered to let Chris stay with him. Chris overcame his alcoholism and got married to his first wife in 2001. Chris realized that “she also had a traumatic childhood and was dealing with the leftover baggage.”

After Chris and his first wife divorced, he entered into another unhealthy and unsuccessful relationship, which led to a painful breakup. At this point, “I had reached my emotional bottom,” Chris recalls. “I started therapy to deal with the anger, frustration, and hurt that I was still carrying around from childhood,” Chris says. Therapy was key. Ultimately diagnosed with dysthymia, Chris began the intense work of unpacking his early traumas.

During this time, Chris was working as a wedding photographer. He had met and befriended Jill while photographing her sister’s and cousin’s weddings a year before. “We were both nerdy, intellectual types,” Jill remembers. He and Jill dated and then married in 2012. “The dynamic of our relationship was so different,” Chris recalls. “I was attracted to the fact that, in addition to being intelligent, Jill was level-headed and emotionally stable.”

Jill gave birth to their daughter in 2014. During the pregnancy, Chris decided that “I didn’t want to be a professional photographer anymore. Too many weekends and holidays away from my family.” Ever since he and Jill began planning to have a child, Chris knew he wanted to build a family with a healthier dynamic than he’d been exposed to as a child. He found success working from home and switching to psychodynamic therapy—an intervention that focuses on self-awareness and an examination of the past conflicts and dysfunctional relationships that influence present behavior.

Part of the path to building a healthier family life meant evaluating existing relationships. After much thought, Chris decided to sever ties with his mother, who he believes has an untreated mood disorder. “It was about a year before our daughter was born,” Chris recalls. “My mother and I had a series of blow-outs and it was affecting my mood and my family.” It was a hard decision to make—made even more painful when questioned by acquaintances and challenged by other family members—but one that Chris won’t change.

Chris and Jill have an intimate group of trusted friends and have learned to outsource certain tasks that make daily life a little easier and allow them to avoid some of the small stresses that can affect mood. When Chris feels himself “going down,” he tries to get on a consistent sleep cycle, exercise, and take nutritional supplements. For her part, Jill has learned all she can about depression and encourages Chris to follow through with self-care and activities that help elevate his mood. “We have our own shorthand lingo for talking about Chris’ depression,” Jill reveals. She uses non-confrontational language to assess whether Chris is just having a bad day or if his depression is worsening. “Sometimes just putting it into words helps clear the air and gives Chris a window to talk about how he’s feeling, if he’s up for it,” she says, “or just lets him know I get it.” Jill also has her own therapist for self-care.

“I want to share my story so that other people know that it’s possible to live a full life in spite of depression,” Chris says. Jill adds that if your spouse or loved one is diagnosed with a mood disorder to learn all you can, show compassion, and remember that you’re dealing with a medical condition. “If you put in the work,” she explains, “addressing these issues can actually bring you closer together. Marriage with a mood disorder requires both partners to be in touch with where they are emotionally and to talk about it frequently. We aren’t perfect by any means, but I think it gives us a deeper bond.”