A Message for Families from an Attempt Survivor: Danielle’s Story 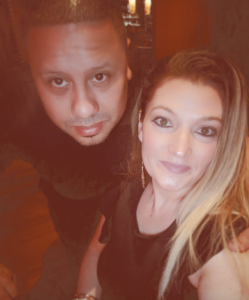 When I woke up in the hospital in June of 2018, I promised myself that it would be the last time that I tried to take my own life. Unlike what happened after my first attempt in 2015, this time I remembered everything. I remembered how I wasn’t feeling like myself because my medication doses were way off. I remembered the hopelessness I felt about my personal life. My husband and I were going through a divorce. My young son was dealing with PTSD because he and my husband were the ones who found me after my earlier attempt. I remembered being so scared to have almost died a second time. I made a promise to myself and God that day. I would do all I could to get better.

I grew up in an environment without affection where I didn’t feel safe. I was the victim of a sexual crime, but the perpetrator was never prosecuted. Because of that traumatic situation and the turmoil at home, I didn’t do well in school. I was a teen mom and had 4 children by the age of 30. Despite all the trauma I experienced and the fact that my family has mental illness on both sides, no one ever sought therapy or treatment for me. The death of my father when I was 20 was a huge blow. Losing my grandmother in February 2013, my main support system, was equally devastating.

As time passed, I found a great husband and was working successfully in the medical field to help support our children. I did everything I could to put on a happy face. On the inside, however, I was a mess. I did seek treatment, but I was just going through the motions. I continued to hide how depressed I really was. Eventually, I lost my job. On the day after Valentine’s Day 2015, I attempted suicide.

After I recovered, we tried to salvage our family. I was finally diagnosed with bipolar II, which means I have depressive episodes and some hypomania. I was on a lot of medications. My second attempt in 2018 was a wake-up call. If something didn’t change, I wouldn’t be here anymore. From that point on, I became very involved in my treatment. I got educated about what was going on with me. I began to work through my childhood trauma in therapy. My husband and I decided to stay together and work things out.

I want other people to know that mental health needs to be taken extremely seriously. It can turn deadly fast if ignored. Families need education, resources, and a list of people and places to call in an emergency. If you see something that worries you about your family member, don’t hesitate to get involved. It’s important to know how to communicate too. I’ve had people tell me “you’re doing this for attention” and “if you loved your kids, you wouldn’t have tried to take your life.” This negativity is hurtful and doesn’t help at all. Be supportive in a positive way.

I have my husband, my therapist, my brother, my oldest daughter, and some best friends to lean on if things get tough again. I’ve been working part-time and doing some dog rescue work, which makes me feel good. Everything isn’t perfect or easy, but I finally feel like I’m on a healthier path.