Reflections from FFDA’s 2019 Evening of Hope and Discovery 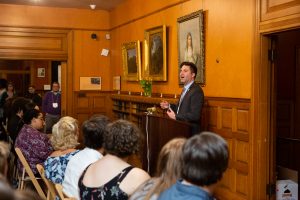 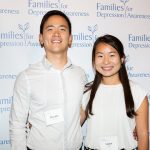 Lucy Lin, a member of FFDA’s Board of Directors for the FFDA, attended and shared, “My favorite part of the evening was when Representative Lewis spoke. He really went into his personal story of growing up in the Midwest, moving to Massachusetts, and dealing with his own mental health issues. He was very transparent and it was enlightening to hear him speak.”

FFDA also celebrated our Teen Speakers, who are young adults, age 14 to 25, who go out into communities to tell their own stories of learning to live with and manage symptoms of depression or bipolar disorder.

Dave, a volunteer for FFDA, attending the annual fundraising event for the first time this year. Dave reflected with me on his experiences during the evening.  “What really touched me was the Teen Speakers Program, recognizing the young adults that are out there supporting the communities, spreading awareness, and sharing their stories. It’s a very bold thing to do at that age. I was impressed and captured by the feeling of hope after meeting the Teen Speakers.” 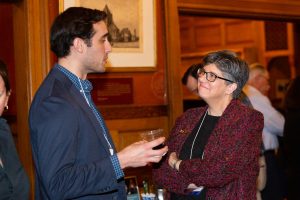 At the end of the evening, the winners of the silent auction were announced and guests continued to mingle amongst each other at the beautiful Stonehurst estate. Giovanni Marinelli, a representative from Square Medical Group, remarked the following: “FFDA and Square Medical have similar missions in terms of spreading more awareness about depression. I loved hearing about what FFDA is doing, it enlightened me to learn more about teen depression, specifically.” Marinelli continued, “It made sense to connect with an organization also working on depression. I had such a great time meeting other people in the same field. It was a great event.”

FFDA continues with our work to spread mental health awareness through storytelling and eliminate the stigma of mood disorders. If you missed the event but want to be more involved with the work of our organization, fill out this volunteer form.