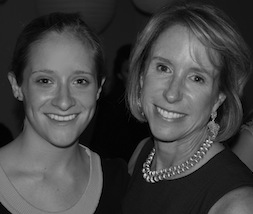 In 8th grade, Ashley appeared to have it all: she was a popular, a straight-A student, co-president of her class, and captain of the volleyball team. On the inside, though, she’d begun to struggle with feelings of unhappiness.

She went to boarding school the following year and, within two weeks, she knew something was terribly wrong. She started thinking about hurting herself, suffered panic attacks, and couldn’t concentrate. “I just wasn’t myself. I didn’t want to live an felt worthless,” says Ashley, who shared what she was going through with her mom.

Ashley’s father has bipolar disorder, her sister has depression, and her uncle has schizophrenia. With the family history in mind, her mom acted fast. Ashley returned home and was diagnosed with clinical depression and anxiety. Despite taking anti-anxiety medication, thoughts of hurting herself returned.

“Because I was so calm,” Ashley says, “my psychiatrist was worried.” Often, when someone has decided to take his or her life, a calm acceptance pervades, and can be a dangerous sign.

She was hospitalized and prescribed antidepressants. Unfortunately, Ashley says she didn’t learn much about her condition or how she might manage it before she was released.

“I thought I was fine,” Ashley remembers. She was happy to go home but within a few days her elation wore off. Ashley began planning her suicide. Her parents had made sure all medications were put safely away, but Ashley secretly collected over-the-counter pain medicine from her tutor’s house. Two weeks after she’d been discharged, she told her sister about her plan. Her sister told her mom, and Ashley was again admitted, this time to a different hospital.

During the three and a half weeks she was hospitalized, doctors administered a number of different medications. Ashley says she felt sedated and exhausted, and doesn’t remember being coached on how she might cope when she got out.

“I was smart about convincing doctors I was ready to go home,” she says. “I was also convincing myself I’d be okay—but it was more about getting out of the hospital and getting fresh air.”

Like the period after her first hospitalization, Ashley remembers a wave of euphoria upon being discharged the second time. Despite remaining on a mixture of medications, Ashley says her suicidal thoughts returned with a vengeance. “I was frustrated,” she recalls. “Already in two hospitals, discharged, and on medications, but I still didn’t feel like myself.”

One night, Ashley came to a breaking point. She took all her medication hoping she would again be hospitalized. She woke up her father, who rushed her to the emergency room. After being stabilized, she was admitted to Johns Hopkins Hospital where she finally learned coping tools and came to accept her depression as an illness. Since Johns Hopkins didn’t have an adolescent ward, Ashley interacted with people of all ages who shared their experiences of living with depressive disorders. She was released after three weeks.

“When I first got out of the hospital, I didn’t want to be a burden or impose on anyone,” says Ashley. “I realize now, you can’t do everything by yourself. The most important thing is knowing that it’s okay to ask for help.”

In addition to weekly therapy and medication, she keeps a diary of her good days so she can remember them during darker moods. And although the now 18-year-old vividly remembers the three hospitalizations in the fall of her 9th grade year, she has moved forward with her life. Ashley plans on going to college to major in creative writing and psychology. “The best thing about coming out of my depression,” she says, “is that now I get excited about my future and really want things again.”